Walking in virtual worlds of computers as avatar, simulating the sensation of touch via haptics. 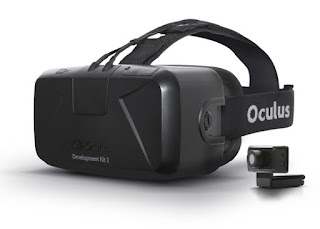 The year 2016 is said to be the 1st year of Virtual Reality (VR). Since the beginning of this year, a few VR game systems with headsets have appeared in the market. Among them are Oculus Rift, Sony PlayStationVR, HTC Vive (all 3 tethered) and Google Cardboard, Samsung Gear VR, LG 360 VR (all 3 mobile). On wearing headsets, you can be immersed instantly in another environment. The recent advancement in technology has made possible: 1)tightly linked movements of the image and the head; 2)the field of the image of 100 degrees (although human’s field of vision is 110 degrees, edge areas are blurred); 3)high resolution of the image; 4)reasonable cost. 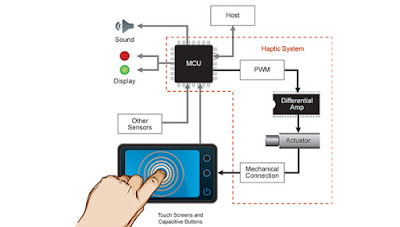 In practical applications, VR is used in store layouts, home designing or industrial designing (combining headset display and touch set). Starting with vision, VR is now extending into touch sense making use of haptic technology (pressure or wave is converted to electric signals to transmit). The combinations of two senses can cause other senses such as sense of smell (olfaction) or hearing (auditory perception) because of cross modal perceptions of the human.
Along with VR, Augmented Reality(AR) technology is utilized extensively in a number areas such as visual art, construction industry and medical applications.

To popularize AR, Microsoft is offering the HoroLens platform
and

Google has introduced Tango to run on the most recent version of Android (Nougat) cell phones.
Now, Pokemon Go fad, which is a kind of simple AR, is raging the world.

The real world is superimposed by virtual reality from computer images. Can see 360 degrees and see through objects.
Augmented reality (real + virtual) is used everywhere, in tourism, schools, surgery, games.
I feel confident that the above forecasts will be realized because of the current progresses described above.
﻿ 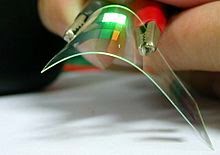 The progress in OLED (organic light emitting diode) material in recent years indicates that the following prophecies of Dr. Kaku are likely to be realized in 2030s.
Computer and Internet on the wall displaying 3-D images (Family gatherings taking place via wall screens)
Flexible and super-thin electronic OLED paper used everywhere, reducing laptops to folding and transparent sheets of paper.

Currently, OLED is already the preferred screen used by high-class portables such as cell phones or other wearable goods. It is also used for big TV screens such as 55 or 65 inches. Of course, they are rather expensive now. It is reasonable to assume that the price of OLED will be one hundredth of the current price in 15 to 20 years. In 2030s, OLED will be used as wall paper which becomes Internet  screens, or used as folding computers put in the pockets like note books.

Posted by Tatsuo at 7:31 AM No comments:

They say that the cars of the next generation will embody the following two prophecies of Dr. Kaku.


Computer Forecast 14 (~2030): Automatic driving on highways by GPS and Central Computer with no traffic jam.


Autonomous or self-driving cars are already available in the military applications and the test driving of the passenger cars. For example, on May 1, 2012, a 22 km (14 mi) driving test was administered with a Google self-driving car by State of Nevada motor Vehicle examiners in a test route in the city of Las Vegas.   In order to make this technology available for commercial use, the automotive industry must expand their supply chains to the electric and IT industries. Also, the governments must put new regulatory Infra-structures in place. Although these are not easy tasks, they can be certainly accomplished in the next 15 years or so, I believe. 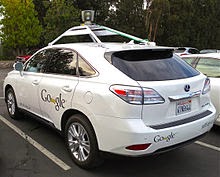 Replacing gasoline inner combustion engines with hydrogen fuel cells will come earlier than self-driving, as it does not require involvements with IT technology and regulatory infra-structures. For example, ToyotaFCHV(Fuel Cell Hybrid Vehicle)s have been made available to a limited commercial use since 2002.  It may launch commercially in the next few years, as some more hydrogen supply stations are put in place. 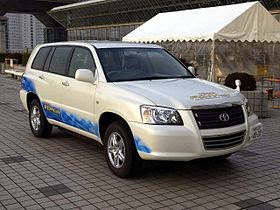 It is going to be a very interesting race for three major car manufacturing nations, USA, Japan and Germany. While Japan might be leading the other two in Safety (stability & quality), Germany might be leading in auto electronic parts (Bosch & Continental AG) and USA is definitely a leader in IT (Google & Apple). It is possible that new international alliances across the national borders could be formed among major automotive companies towards the next generation of smart and environmentally friendly autos. I only hope that Japanese auto industry do not repeat the fiasco of Japanese electric industry that have lost momentum in the race of the electric evolution.
The FCHV-adv (Fuel Cell Hybrid Vehicle advanced) was the fifth vehicle built by Toyota Fuel Cell Vehicle Development Program.
Posted by Tatsuo at 11:37 AM No comments:

The Future of Computer
I love the books by Dr. Kaku, as his scientific projections take me into the future of the 21st Century and beyond. This time, let me take up his projection about what will become of the computer. 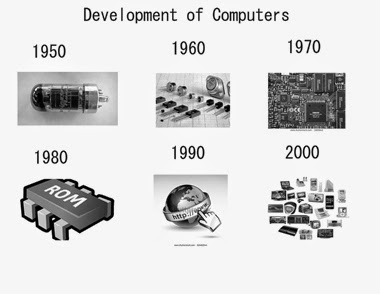 Indeed, as he points out, computers are now become ubiquitous. All the goods around us starting from cars to kitchen goods embed some kinds of computers. As far as computers per say are concerned, they are embodied in smart phones today. Especially the young generation is said to be using smart phones exclusively (no computers). Even I had to learn how to use a smart phone at last and practice text inputs with one finger which is very difficult for me to do.
What will happen to the computer in the next 15 years? Dr. Kaku forecasts that computers and Internet will be brought on your glasses and contact lenses by attaching a cylindrical lens to the glass or inserting a chip and LED in the contact lens.  The GoogleGlass could be a forerunner of what we will see coming.

Computer Forecast 1 (~2030): Use computers and see Internet on our glasses and contact lenses.
﻿
﻿

Posted by Tatsuo at 2:06 PM No comments:

According to Dr. Kaku, the creation of a planetary civilization (global civilization) is the greatest transition in human history. 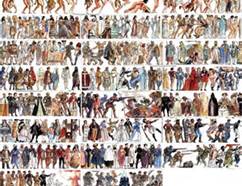 As we are in the middle of this transition, the people living today are the most important of 5000 generations of humans that emerged 100,000 years go. 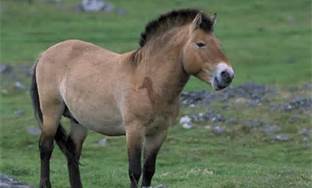 In 1964, Russian astrophysicist Kardashev defined three levels of civilizations, based on the amount of energy consumed: Type I = all energy attained on the planet Earth; Type II = all energy radiated by the Sun; Type III  = all energy of our entire Galaxy. According to this ranking, our current civilization is not planetary (still Type Zero) but in the process of transition to Type I civilization.
Posted by Tatsuo at 10:59 AM No comments:

Recently, I am taking a keen interest in science, inspired by the books written by Dr. Michio Kaku, a very popular physicist.

In 2011, he published “Physics of the Future,” forecasting how science will advance and change the world during 21st century.

I have also finished reading his “Parallel World” published in 2006, which explains the universe as seen from the physical science and in such a way that the layman like me can understand. I am now writing the summery of this book in our family’s private web page, as I have done in the other two books mentioned before.
Posted by Tatsuo at 11:26 AM No comments: 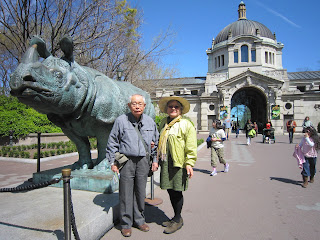 This year, we went to the New York Bronx Zoo twice.  Although the Zoo is located close to the City right above its northern border, it takes about 40 minutes to drive via the northern route avoiding the always crowded Route 95. The Zoo has four gates with parking lots. Among them, the Asia Gate seems to be located at the best spot to reach animals. However, I never tried this gate as it is very difficult to reach from New Jersey where I live. During the first visit, I found the parking lot from the Fordham Road Gate near the Zoo Center where the huge rhino statute stands, and decided to come to this gate next time. Unfortunately, this parking lot is the smallest of all and it was full when I came next time, so that I had to redirect to the Bronx River Gate, the worst of all the four. 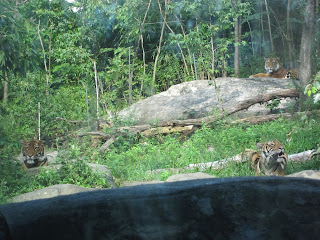 The outstanding characteristic of this zoo is huge open space, where animals are walking around rather than kept in cages.  Animals are separated not by grids but by ditches or glass panels. Peacocks are allowed to walk around freely in the zoo with people. They seem to be striving to display animals as natural as possible in their environments. 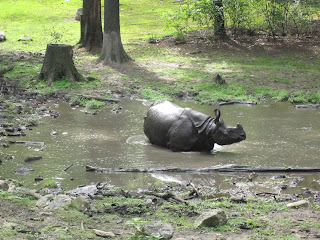 The Wild Asia Monorail Ride is the excellent attraction you should never miss. Riding on the mono-rail car, you travel across the Bronx River and enjoy various wild lives roaming around in the Asian wilderness in front of you. There you see tigers, elephants, hippos, dears etc., etc. 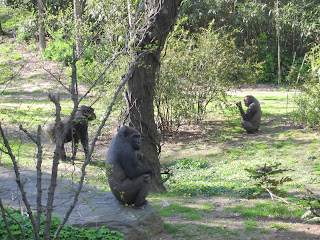 Another attractive place is the Congo Gorilla Forest. There you see the family of gorillas living in front of your eyes beyond the glass panel.  As if they do not see the world beyond the glass, they play mischievously together. The direct link with animals’ native land is another excellent feature of this zoo. Through movie displays and pamphlets, they explain where these animals naturally live and call for the support to conserve them.

Posted by Tatsuo at 3:46 AM No comments:

Tatsuo
Soon I will be 80 years old but I should like to continue to pursue my interest in Web development and biliguan translation.